Today I woke up and realized that I did not write all week. I knew something felt a little funny. It’s a continuous process to get in a routine, and I’m trying again to write at least once a day. So, I’m starting fresh and sharing some cool things I found just surfing my Facebook news feed. All the times I’ve threatened canceling my account, I continue to keep it open because with every negative post I see, there is an explosion of inspiration. I’ve learned to just stay on my page and visit the pages I like than to get caught up in the drama of Facebook. Ain’t nobody got time for that.

So, today’s Thrifty Thursday post is a little mix of craft, food and skincare. There’s something for everyone!

Photo from The Paper Mama

First, can we all agree that this Macrame Plant Hanger from The Paper Mama is equally as cute as the planter? It only cost Chelsey $5 to make the plant hanger, and she shared her whole tutorial on Better Homes & Gardens. You can also find a tutorial for her planter in her e-book, which I purchased last year, and am totally in love with.

I love when Greatist posts stuff like 400+ Cheap and Healthy Recipes, because it challenges the preconception that eating healthy has to be expensive. As long as you have some fruit, veggies, protein and grain…you can make some pretty healthy stuff. They have it broken down it the basic categories – breakfast, lunch, dinner, soup and more. I’ve been getting pretty bored of my normal everyday eats, so I love finding new recipes to test.

Photo from Offbeat and Inspired

I always save tutorials and recipes for sugar/salt scrubs, but I have yet to actually make one. What’s up with that? So I’m saving this DIY Citrus Salt Scrub recipe from Offbeat + Inspired in hopes that I’ll actually use it. I got some essential oils for the candle kit that I was obsessed with getting but still haven’t made anything. With it already feeling like the middle of summer outside and spending my days watching my daughter float around in our inflatable pool, my skin has been angry with me. So this might just give it the love it needs.

And finally, check out this children’s china cabinet I got from the Sacramento Antique Faire on Sunday! It was marked down from $50 to $30 and it just needs a little love before it’s perfect! Cecilia already has a bunch of kitchen trinkets to fill it up with so she can work on her masterpiece while I’m in the kitchen.

To say that Miriam Deuel is a busy stay-at-home mom would be a huge understatement. She is a mother of four and is currently in the process of adopting a two-year-old girl from China. Miriam works with Courage Worldwide, a nonprofit that fits sex trafficking of minors worldwide and has gone to Guana, Africa twice with her Church to educate the students about various topics.

Miriam grew up in Sacramento, CA and happened to go to the same high school as me: St. Francis. She married her high-school sweetheart Dan in 1999 and graduated from Sacramento State in 2001, when her first baby was only seven weeks old. Whew! When her third baby was three months old, they took a trip to Guatemala to learn Spanish and do mission work.

When Dan got his call to be the Senior Pastor of St. Andrew’s Lutheran in Stockton in 2005, they moved here and have been here ever since. In December of 2012, they started the process of adopting Ai Lan, who has Sturge-Weber Syndrome (SWS), a rare neurological disorder. She has a port wine stain on her face and some atrophy on her brain. The adoption process isn’t completed yet and they’re hoping she will be with them for Christmas.

“Whatever the future holds for Ai Lan,” says Miriam, “we will be there 100% for her, just as we would for our biological children.”

Miriam says that they decided to adopt because they believe in the value of life and they felt that their Christian faith demanded action, not just words. She says that they have spent a lot of time, energy, and financial resources helping bring awareness to the value of human life.

“We are advocates for the unborn, the poor, the mentally and physically impaired, and those who are sold as slaves, whether for sex or in other forms of human trafficking,” says Miriam.

According to Miriam, there are 210 million orphans in the world and 38,493 of them age out of the system at 18 years old. She wondered why most Christian families don’t have an orphan in their home and wondered where the orphan was that should be in her home.

“Our decision to adopt was planted in our hearts by God, and we are simply, after all these years, responding to the call,” she says.

She has been a member of Mothers of Preschoolers (MOPS) International for 11 years. MOPS is a support group for moms have kids under the age of five. There is also MOMSNext, which is a support groups for moms who have kids of any age. The meetings usually include guest speakers, crafts, discussions and of course…food! There are mentor moms to help out new moms and she assures that although MOPS is a Christian-based group, it is not “preachy.”

“In fact, many of the moms who attend MOPS are not Christians and really feel comfortable because MOPS is about supporting moms.  We are not trying to “convert” anyone.  I promise.”

For the past five years, she has run a Teen MOPS group at her Church that supports young moms and says that some of the moms have been there since the beginning. She says that she has seen dramatic growth in all of the moms that they mentor.

“Their lives are full of many trials and hardships,” she says. “But honestly, I’ve seen a resiliency in these moms that I’ve rarely seen in older moms.”

Since Miriam Deuel is a stay-at-home mom, she hasn’t received a paycheck since 2003 and everything she does is volunteer work. As a supporter of Courage Worldwide, she coordinated a “Courage” concert in Stockton a few years ago. Courage Worldwide is a nonprofit out of Rocklin, CA that brings awareness to the worldwide problem of sex trafficking of minors. They also operate a home called “Courage House” which offers shelter for girls rescued from sex trafficking.

“I had our church team up with another in Stockton to host a benefit concert to benefit Courage House and to help raise awareness that this happens in every city in our country, and in every country worldwide.”

She also went to Ghana, Africa twice to visit schools and villages and talk to students about different topics. She says that the most interesting topic to the students was sex, of course. In Africa, you have to have an education to rise up from poverty. Otherwise, you will be there for the rest of your life. 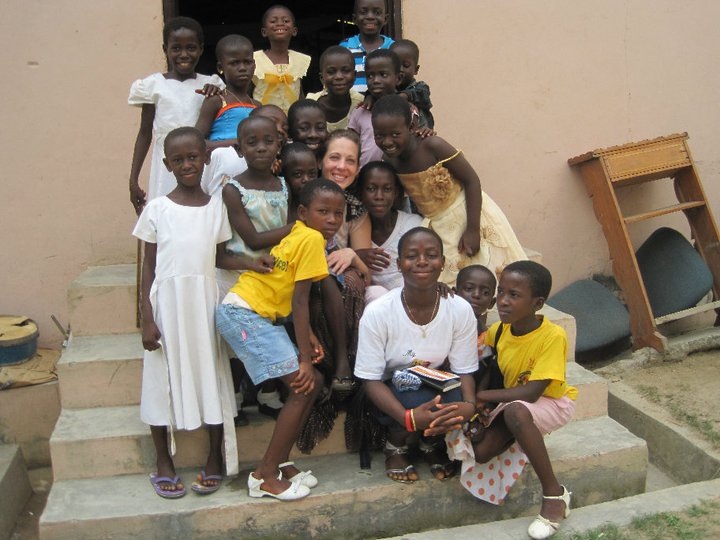 “This is not the poverty we see in the US…we’re talking real poverty like literally no food, rags for clothing, no clean water what so ever…it’s everywhere you look.  Getting an education is the only way to raise yourself out of this.”

During her stay in Ghana, she attended the opening ceremony of another MOPS group in the capital city of Accra and she says that MOPS has been spreading quickly since their last visit. She also taught in the church that hosted them and spoke to men, women and youth. 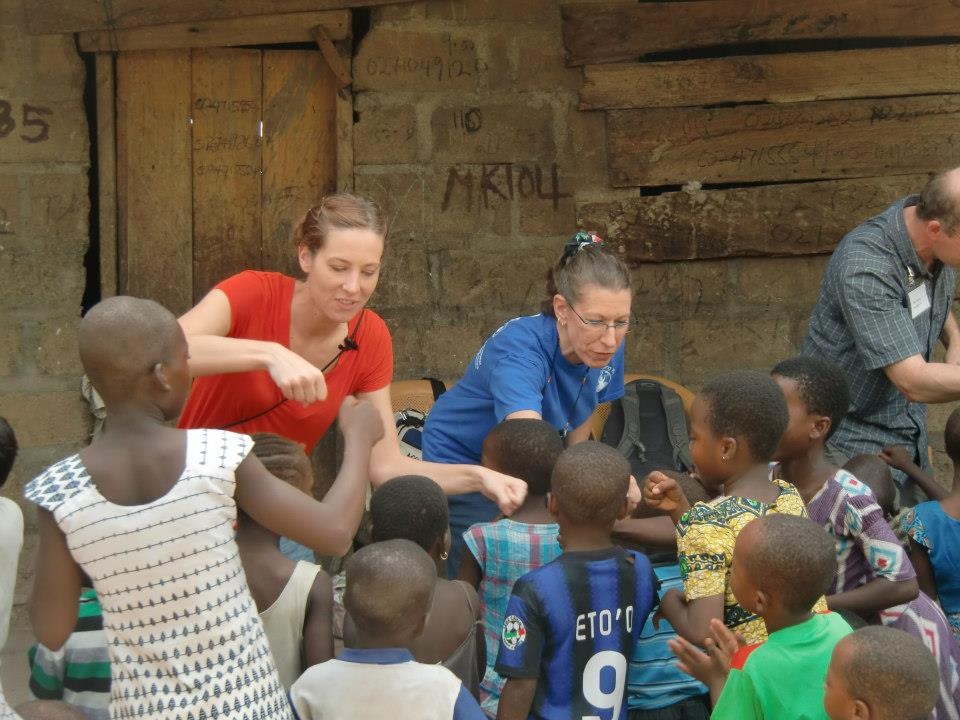 Miriam and Dan have held two fundraisers to help with the $30,000 cost for adopting Ai Lan. Their first fundraiser was a rummage sale that raised $2,300 and the last fundraiser was called “Love to the Rescue,” a prom for adults, where they raised $3.600. 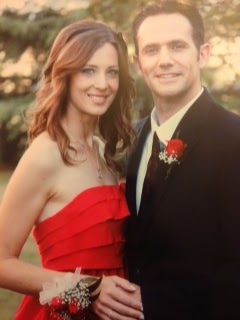 “I can’t tell you how excited some people are because they never had the opportunity to go to their prom…so here is their chance,” she exclaims.

So how does she manage doing all of this while raising her children? She admits that she is way too busy and has a tendency of getting stressed out at times. I don’t blame her! She says that all of that will come to a stop when Ai Lan comes home from China.

“She needs to come home to a calm and quiet home in order to begin her adjustment process, so I’ll be forced to say “no” to people’s requests, says Miriam.  Can I even tell you how excited I am for this forced down-time?”

Miriam adds that she wasn’t always so busy. When she had her first son, David, she was finishing school online and could barely find the time to take a shower. I can relate!

“I swear I spent 6-8 hours a day bouncing a colicky baby on the yoga ball and watching Oprah and Seinfeld reruns.  Then, as time goes on, the kids get more independent, you learn how to mother more efficiently, and all of the sudden, you have 4 kids and you are thinking, ‘I can totally take on another.’  At least that’s how it happened for me!”

If this story leaves you feeling inspired, visit Miriam’s blog about the adoption process and more at www.deuelfamilyadoption.blogspot.com, where she is graciously accepting donations. So with all this going on, what’s next?

“My summer plans are to SLOW DOWN, enjoy my kids, and do whatever I have to do to get my baby home from China.”

Know a cool mom that would be perfect for Yo Momma Monday? Let me know in the comments!