Oak Park is a community in Sacramento that has had its share of downfalls. In the early 1900s, the economy was booming there due to the strong community there and the proximity to the historic California State Fair site. By the 1960s, though, the community started to decline and poverty started to rise as a result of the freeway expansion. Families moved out to the suburbs and by the 80s and 90s, gang violence and street crime were daily occurrences.

So, when my good friend told me she was moving there, I was a little anxious. But as it turns out, the sense of community is coming back. There’s good coffee, good food, good clothes and of course, good beer. Last night, we went to Gather – a street festival in Oak Park – for the first time, and it was evident that Oak Park is definitely back on the rise. The street was lined with food vendors like Thai Basil and clothing vendors like Ana Apple, a local business I have followed for some time, and a craft beer selection that was curated by Beers in Sacramento. 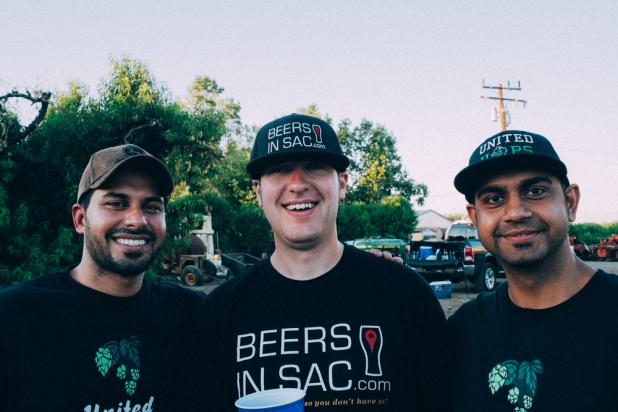 Image from Beers in Sac

I’m a little sad that I learned about Beers in Sacramento when I was well into my second pregnancy, but now that I think about it – that’s probably a good thing. It’s a relatively new app that serves as a guide to where craft beers are served around Sacramento. Their motto is “We find the beer so you don’t have to.” The app offers an interactive map and up-to-date beer event calendar.

Through their website, I learned of Farm to Glass CA: A short film from Beers in Sacramento that documents the push to bring hops back to CA, since the majority of hops are sourced elsewhere. The film features United Hop Farm – a farm in CA that supplies brewers with local hops 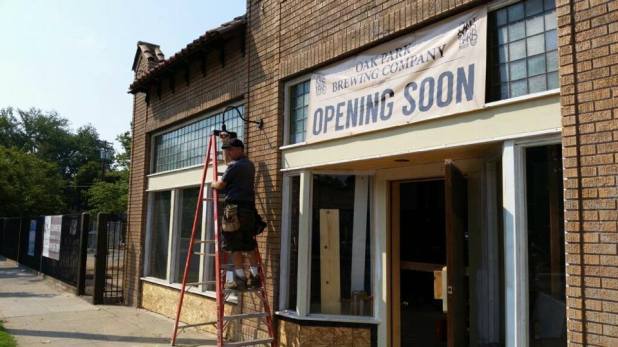 While at Gather, we saw a few people walking around with Oak Park Brewing Company shirts on. Since Oak Park is such a small community and my friends and I had never seen such a place, we did some research (AKA: went on Facebook) and learned that it’s a new brewery, restaurant and beer garden that is opening in either late September or early October! They are renovating an old building that has been vacant for some time, and it will be a huge boost to both the Oak Park economy and community.

At this point in my life, I don’t drink to party and/or get drunk. I’m a huge craft beer advocate because I simply enjoy drinking good beer. And even though I’m taking a break for a while, I’m really excited to these new additions to the Sacramento craft beer scene.