After I had Cecilia, I got really interested in clean eating and living a clean lifestyle and one of my biggest inspirations was The Gracious Pantry. Tiffany’s recipes were simple, easy to follow, I didn’t have to search endlessly in a health food store for the ingredients and best of all – they were good! I was even able to trick my boyfriend into eating healthy. I learned about cooking from scratch from her website, and it forced me to slow down a little in the kitchen.

This is why I’m so happy to feature Tiffany in this week’s Yo Momma Monday!

Tiffany, 40, lives in Sonoma County with her son, whom she lovingly calls “Mini Chef” in her Facebook posts and recipes. She became a stay-at-home-mom soon after she found out she was pregnant, as her difficult pregnancy did not allow her to work much. She and her then husband had already planned on raising their son on their own, so that pretty much sealed the deal.

I think the most important thing you can do is forgive yourself for coming up short every once in a while. While most moms like to think they can do it all, it just isn’t humanly possible to actually do it all. So you have to focus on doing your best and forgiving the rest.”

Tiffany is a self-taught cook who says the most valuable lesson she could pass down to a beginning cook is that burning your dinner is not the end of the world. She assures that just because you burned it one time doesn’t mean you’ll burn it again. “You can’t give up because of one mistake,” she says.

“I also learned that when you start out with making a casserole and end up with soup, you don’t throw it away, you have soup for dinner! Cooking is a very creative thing. It’s an ongoing experiment. Evolve with the food you make instead of trying to make the food conform. You never know, you might end up with a new family favorite!”

Now that she is comfortable in the kitchen, she heavily involves her son in cooking, and says that she never questioned whether or not he would cook.

It’s really just a process of getting your kids involved with the everyday functioning of your life. They are definitely their own people, but when you function as a family unit, everyone needs to contribute in some way. Making time in the kitchen a regular thing is important. And I have found that most kids naturally gravitate towards cooking. They love learning about food and how to prepare it. It’s usually a naturally fun thing for them to do. You just have to present it the right way, and set things up so it’s not intimidating for them.
For my little guy, that involved a stepping stool so he could reach the counter, an age-appropriate knife with careful supervision, and apron that was just for him, and even a special pig spatula that he got to pick out at the store himself. When you set kids up to succeed in the kitchen, you’ll find very little, if any, resistance.” 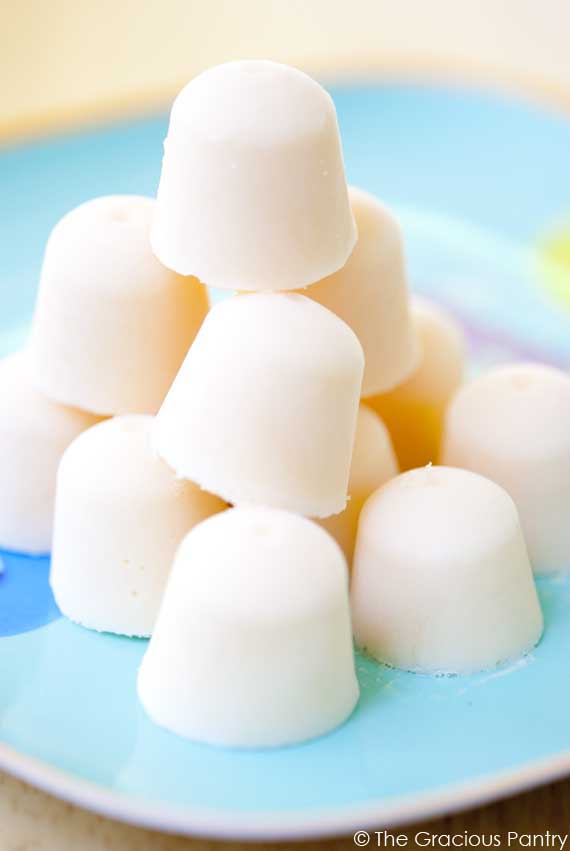 Tiffany realizes the importance of teaching kids how to cook, and she says our society has become incredibly removed  from the very thing that sustains us.
“I’m finding that many grown adults these days were raised on boxed and packaged food from a freezer or on food that came through a drive-thru window. I know kids today who get three meals a day from a fast food restaurant. It’s a sad state of affairs. But that doesn’t mean we can’t fix it.
I think that teaching kids about food is the most important gift we can give them. Because it not only empowers them to feed themselves and their own families some day, but it also gives them power over their own health. Anybody who has health problems can tell you how important that is. Particularly when the life expectancy of our children is now getting shorter instead of longer. All you have to do is step back and take a look at the bigger picture where the health of our country is concerned to see why teaching our kids about real food is so critical.
Gone are the days when we could “trust” a large food corporation. And I would argue that those days never really existed. Because if you really dive into food politics at all, you’ll see that the stuff they label as “food” is actually very far from it. Our bodies were meant to run on food. Not food-like products. So it’s easy to see why health can go downhill so fast when you are not giving your body the fuel it needs.”
Tiffany talks a lot in her blog about how she dealt with body image problems through much of her life, something she learned from her mother. She says that the hardest thing is to not pass those problems down to her own child. 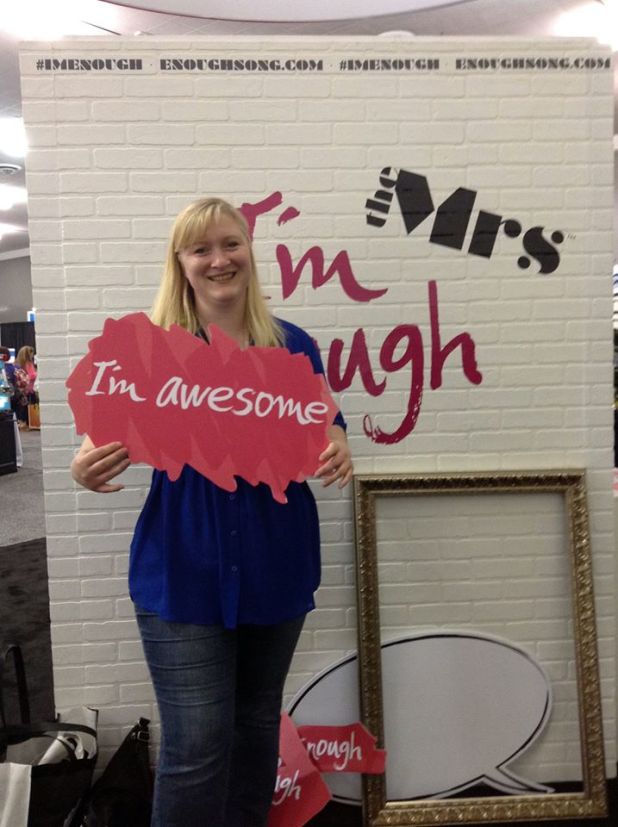 “It’s a constant struggle and sometime I fail miserably. When you have been raised to view your body a certain way, it’s a very difficult thing to change. Sometimes it feels impossible. I don’t think I’ll ever really get past it completely, but I am learning to respect my body for the things it does every day and appreciate it for what it can do.
I mean, this body of mine made an entire human being. That’s pretty impressive if you ask me!! But I do still struggle with body image. It’s not an easy thing to overcome, no matter how much I try to show it respect. I think becoming a mom has simply made me far more aware of how badly I can put myself down sometimes. Not wanting to pass that on to my child has been a huge motivation for me to overcome this.”
For Tiffany, the biggest change she noticed after adapting clean eating to her lifestyle was how clear her skin was.
“I also lost some weight and started to feel much better. I noticed I actually felt full after a meal instead of wanting more and more food. I later understood that it was because my body was actually getting the nutrients it needed. I chose this lifestyle because I believe that real food is the answer to many problems we face today. My own personal eating plan is constantly evolving to suit my needs, but it’s always based on real food.”

Before The Gracious Pantry, she had several other blogs, so she know she loved the blogging process. With this site, she wanted to track her own progress and share recipes she created.
“The best part about the blogging community is how small it really is. There may be a million blogs out there, but the community itself has sort of a “small town” feel to it. Once you start to grow, you get to know everybody and everybody gets to know you.”
Since starting The Gracious Pantry, Tiffany has also wrote a cookbook, which she says was a long and difficult process, but one that is filled with creativity and passion, one she equates with giving birth.
“You work really hard, sweat some, cry some, spend a lot of money, and in the end, you have this wonderful, amazing thing you can hold in your hands. You forget all about the difficult stuff and can’t wait to do it again! And at the end of the day, you are doing something you love and something you hope that others will love as well.”

She posts every other day without fail, because she wants to show people the endless variety of dishes they can make with real food. She wants people to learn that real food is delicious and to not be afraid of the kitchen. She also hopes people will learn that their health really will improve when they focus on real food and that cooking food does not have to take a lot of time, or money.
“The best compliments I get are the ones where people tell me that their lives/health/bodies have improved since they started cooking with my recipes. I think that sort of compliment is the most validating thing a health blogger could ever ask for.”
Her favorite recipe on her blog is the plum torte, and while she never posts a recipe that she does not like, she has had some fails – like a low carb brownie recipe that she is still working on. As for her favorite blogs and magazines, she likes iBlog Magazine and Will Write for Food.
“I tend to gravitate towards the blogs with the magazine quality photos. Really great photos are something I aspire to.”

Now that Tiffany is in culinary school, she would like to host a cooking show in the future and to continue writing more books. “I’d also love to start teaching healthy cooking classes to kids. I’ve taught one or two and they are just so much fun,” she says. Her biggest advice for people who are beginning a clean eating lifestyle is simple: take it slow.
“Take it one meal at a time. Realize you WILL make mistakes. But the secret in success is using those mistakes. If you throw in the towel every time you goof up, you’ll never stick to anything. Using those mistakes to learn. A mistake isn’t the end of the world and it shouldn’t be the end of your healthy endeavors. Just keep at it. Success is found in perseverance. Come back to it again and again, no matter how badly you mess up.”
You can find out more about Tiffany and her recipes by visiting The Gracious Pantry. And for all you awesome moms out there, I still have two spaces left for a Yo Momma Monday feature so drop me a comment and connect with me on Facebook, Twitter, Instagram, Google + and Pinterest!

One thought on “Yo Momma Monday: Tiffany McCauley of The Gracious Pantry”